Agio Primo Cigarillos $60.85
Back to products
Next product Cigarillo – The cigar for a shorter smoke. These types can be subdivided into a number of varieties, such as large cigarillo or mini cigarillo. Cigarillo’s are a lot thinner then other cigars.

Mild to medium flavour and strength, an excellent inexpensive every day smoke.

In 1904 Jacques Wintermans borrowed 200 Dutch guilders from his father to set up a small company. He named the business A.Wintermans & Sons. From 1950 onwards the company was known as Agio Cigars. The village of Duizel in Brabant at the heart of the historic cigar-producing region in De Kempen is where it all started. And Duizel is still the home of our family business to this day.

This is where four generations of cigar makers have passed down their knowledge and know how. The shared passion and love of the profession reflected in the taste of our products have made Agio one of the world’s foremost cigar manufacturers. We employ 2,500 people, produce more than 770 million cigars every year and export to more than 100 countries. 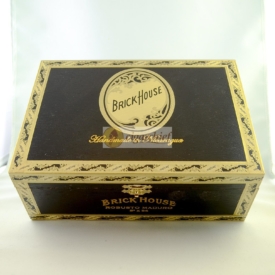