“An attractive belicoso that draws and burns evenly. It's a predominantly woody smoke complemented by notes of peach tea and a floral finish.” 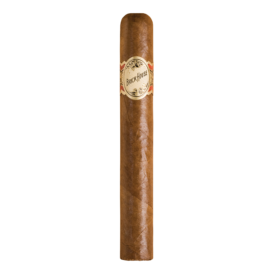